On the days before the US shuttle program was decommissioned, five Canadian space enthusiasts made the trip to Florida to watch the last ever shuttle launch last year. These space geeks and sci-fi junkies wanted to share the public love affair with the Space Shuttle Program, the heart and drive behind the men and women what have made human space travel possible, and the community of space and science fiction fans inspired by the journey to space. 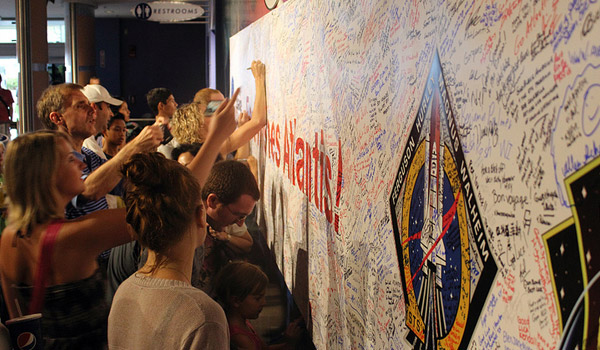 Chasing Atlantis is a documentary that discusses the impact of the shuttle program, but in truth it really is about people; the community inspired by space exploration, science fiction and those who find themselves in awe of the night sky. As entrepreneurs and lovers of startups, we know the passion for technology is only possible with a supportive community and that same is said for the lifer’s helping us better understand the infinite world of space. We would be truly sad if the next generation has to say goodbye to Arduino or social networking as many are and were affected after the final launch of Atlantis.

Producer Matthew Cimone had a childhood dream of being an astronaut, but myopic eyesight prevented him from joining the air-force and his career shifted toward the non-profit sector. The Atlantis launch would be his first and last opportunity to see the iconic vehicle ferry human beings off the earth. He then approached filmmaker, friend, and founder of Riptide Studios, Paul Muzzin to become the director; then added three additional friends to complete a team set to bring us Chasing Atlantis. Paul tells us:

“As we set out on our journey, we began to encounter people who also loved space, grew up on a healthy dose of science fiction, and dreamed of becoming astronauts (or actually did become astronauts.) These encounters led to interviews that have expanded the film beyond the initial journey, included key members of the space and sci-fi community, and up-close encounters with all 3 remaining space shuttles. As we recorded each step, Chasing Atlantis evolved into a road-trip evolved into a feature documentary that is larger in scope than anything we had anticipated.”

The film includes interviews with Canadian astronaut Chris Hadfield, former director of the Kennedy Space Centre Jim Kennedy, several former NASA engineers, and residents of the community of Titusville affected by the shutdown of the program. The crew was also lucky enough to also interview actor of Big Bang Theory and Star Trek: The Next Generation fame, Will Wheaton, whom referred to space as the place where those who felt like they didn’t fit in at home would fit in. Which is the true tale of Chasing Atlantis: more than a space-launch story it’s about community, “the community built when people are inspired to pursue something that they share a passion for. We hope our film touches not only those who have had a fantasy of being in orbit but also who simply want to be reminded of the need to pursue a dream no matter the obstacles or risk” says Paul. 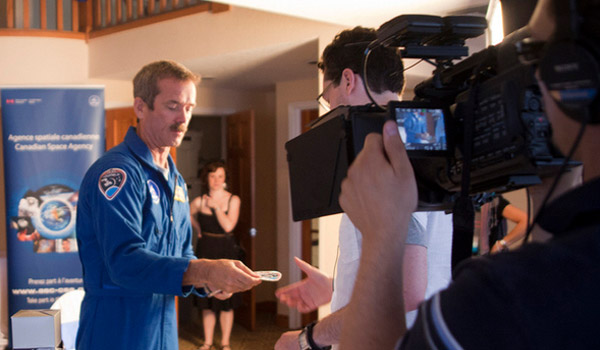 To date Chasing Atlantis, like many startup stories, is self-funded and a labor of love. Over the last six months this film has evolved through new, unbelievable interview and on-location filming opportunities. As a result the developments have come at additional costs that make it difficult to pursue and finish the film. As a result they have started a crowd-funding campaign on IndieGoGo to help raise funds to help finish their creative project.

To us the space program and the original dreams many of us have had as children to venture into places never been before was the initial burst of startup spirit to engulf our lives. The passion we have as entrepreneurs parallels the stories being shared in Chasing Atlantis. A community of passionate people watching the end of a legendary program come to an end deserves to be seen and shared because while many were listening and watching, very few were filming to share it.