In 2011 we covered Suwapu, an augmented-reality toy that interacted on your smartphone. Developed by Dentsu and Berg the prototype was a clear indication that Japanese technology was begin a wave of development across the world once made mainstream. 2013 has been a launch pad of various technologies already, and augmented-reality is not with exception. Even more so, augmented-reality in the children’s gaming space has been a boom of new ideas.

Pixei Wooden Toys combine traditional wooden alphabet cards with modern technology to help children visualize, play and learn the entire alphabet. Harnessing the power of augmented-reality and utilized with a web-cam, Pixei Alphabet brings home a new range of interactive educational toys to the level of which we never thought would be possible a couple years ago. 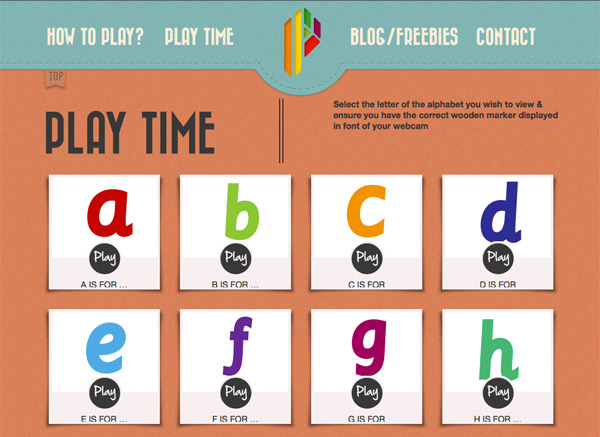 When the back of the wooden cards (markers) are shown in front of a webcam or scanned using a smartphone and/or tablet, a 3D image is magical appeared on the screen – bringing the cards and alphabet to life. “A” is definitely for apple, “B” is a ball and like the image below the alphabet cards super-impose designs allowing everything to come to life. Kids learn to spell, write, sound out words, match and analyze alphabet objects in 360 degrees.

Pixei Alphabet is currently available on Kickstarter (£25) to help manufacture the wooden cards, build out an app and to add features on the functioning web application – which is where you can currently test out the product.