Dating apps seem to have been around forever, and there are plenty of options for a single man or woman to pick the best network for them. However it’s a market saturated with a few “big guys” and many small startups looking to grab a piece of the dating pie. 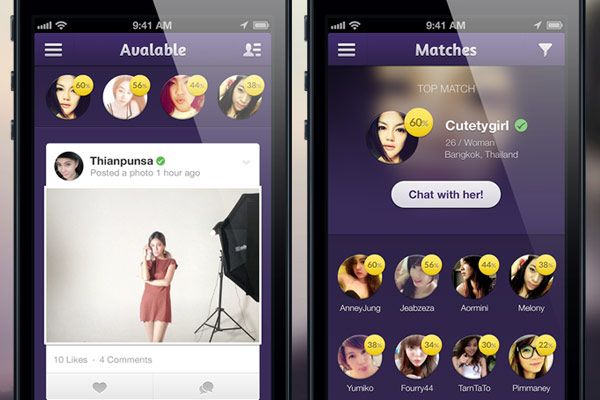 Avalable, is a new application looking to fill a gap found the clouded space, by introducing a community aspect to dating. Brought to us by CEO of Thai startup Singles Solution, Nikki Assavathorn, the new startup uses more of a Facebook style of engagement with a timeline approach instead of the usual one-to-one, look at photos, and then decide if to send someone a message.

Nikki believes when people are engaged in conversations they’re more likely to find a match. They do so by encouraging posting on timelines as opposed to just searching and looking at pictures. Even though the application likes to compare itself to Facebook, in the end it still is a dating app and as a social network it still provides users the usual recommendation algorithms the share potential matches as well.

Avalable also lets users chat with a messaging system that includes voice recording. But these messages and pictures can be posted for everyone to see instead of focusing on private messaging. The application is available for iOS and Android.