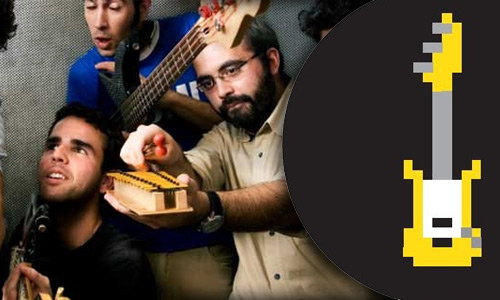 Are you an entrepreneur that had dreams of being a rockstar before deciding to build your own ideas? Battle of the Startup Bands 2012 is a chance for a band, built from representatives within the startup industry, to get on stage and play a 20 minute set live in front of an excited German audience while competing with other startup bands.

Taking place a night before Tag der Deutschen Einheit – The Day of German Unity, October 2, 2012 – Battle of the Startup Bands or better known as “BOTSB” lets anyone with a “band”, which can be “one singer-songwriter girl, a DJ with a live singer or a 12-man Heavy Metal big band” participate, with the only clause being that the band members must be apart of the startup industry. Contestants, need to record a video of 5 minutes max, upload it and submit for application on the BOTSB website and then wait for a jury to decide if the startup team is eligible to prove themselves musically.

In September, over two nights, 12 contestants will be selected from the video submissions to play live on a stage in front of a crowd in Germany. On, October 2nd, the best 6 bands from the September round will play their 20 minute set at an even bigger event in Berlin and be the startup rockstars that they were meant to be. Submissions must be in by July 31st for you to compete.

Christoph Räthke, entrepreneur, technology consultant and self-passionate guitarist, is the organizer of this first ever battle of the startup bands competition. And the opportunities for startups that are musically inclined to get exposure in a growing German startup community could be a big push toward entrepreneurial and music stardom.

If you’re part of a startup and want to apply, get started here and be the David Bowie you were meant to be – well for at least a few days.