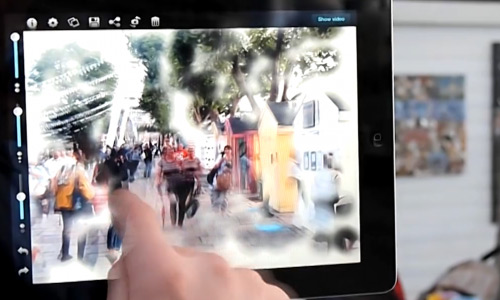 Composite was developed about a year ago by James Alliban as software that allowed you to paint with the use of a webcam. Composite as an app became a reality when the iPad 2 was released and James could now apply his software to a mobile device. Composite lets you re-envision (paint) your surroundings by creating compositions via the front and back facing cameras on the iPad 2.

Users can paint pictures through a live video stream by pointing the iPad towards the subject that is to be drawn over. The app then lets you control various tools such as brush sensitivity and thickness that can be combined with alterations in brightness, contrast, color, transparency and blur to generate any type of final product you could possibly think of.