SellanApp crowdfunds for your app idea to make it a reality on the App Store. You might have a great idea, but don’t want to hire or become a designer, developer, ux expert and branding professional to make your idea into a product. SellanApp makes ideas happen by helping those that need help with development connect with developers. 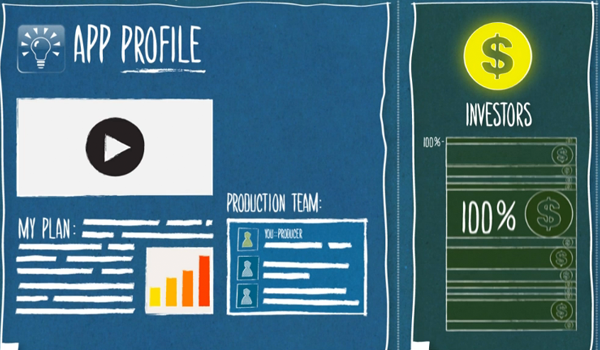 Like Kickstarter, those that love an app idea pledge various amounts in order to get it developed. The idea producer provides rewards to the pledger or a share in the potential revenue the app will generate, if not both. While funding grows for ideas, developers can then decide on the app concepts they want to develop if it meets their pocket book needs.

SellanApp submits and maintains the developed app in the App Store and the revenue that is earned is distributed to the producers and those that helped make the build possible (pledgers). Pledgers are only charged if funding goals are met and if selected for production by a developer. Watch the 60-second video below to see how it all works.

SellanApp simplifies the development process, but we think an app is more than just an idea and code. Successful apps rely on design, user experience and the ability to solve problems. While SellanApp helps developers and getting it posted on the App Store, we think there could be a place to begin funding for all aspects: branding, design, user experience, and icon design.