Originally called Liquid Loops, WaveDNA’s solution for the music composition industry has not only changed in name but also in usability and tools since we last shared this startup from Toronto. A significant update to the full version of Liquid Rhythm beat generation software includes a powerful new MIDI sequencing and editing tools to create and remix drum patterns. This can now be achieved either directly in Ableton Live clips via Max For Live, as a Plug-In, or as a stand-alone application. Additionally, the company has released Liquid Rhythm Intro, a condensed version of Liquid Rhythm to increase accessibility for electronic musicians, music producers, composers and DJs. 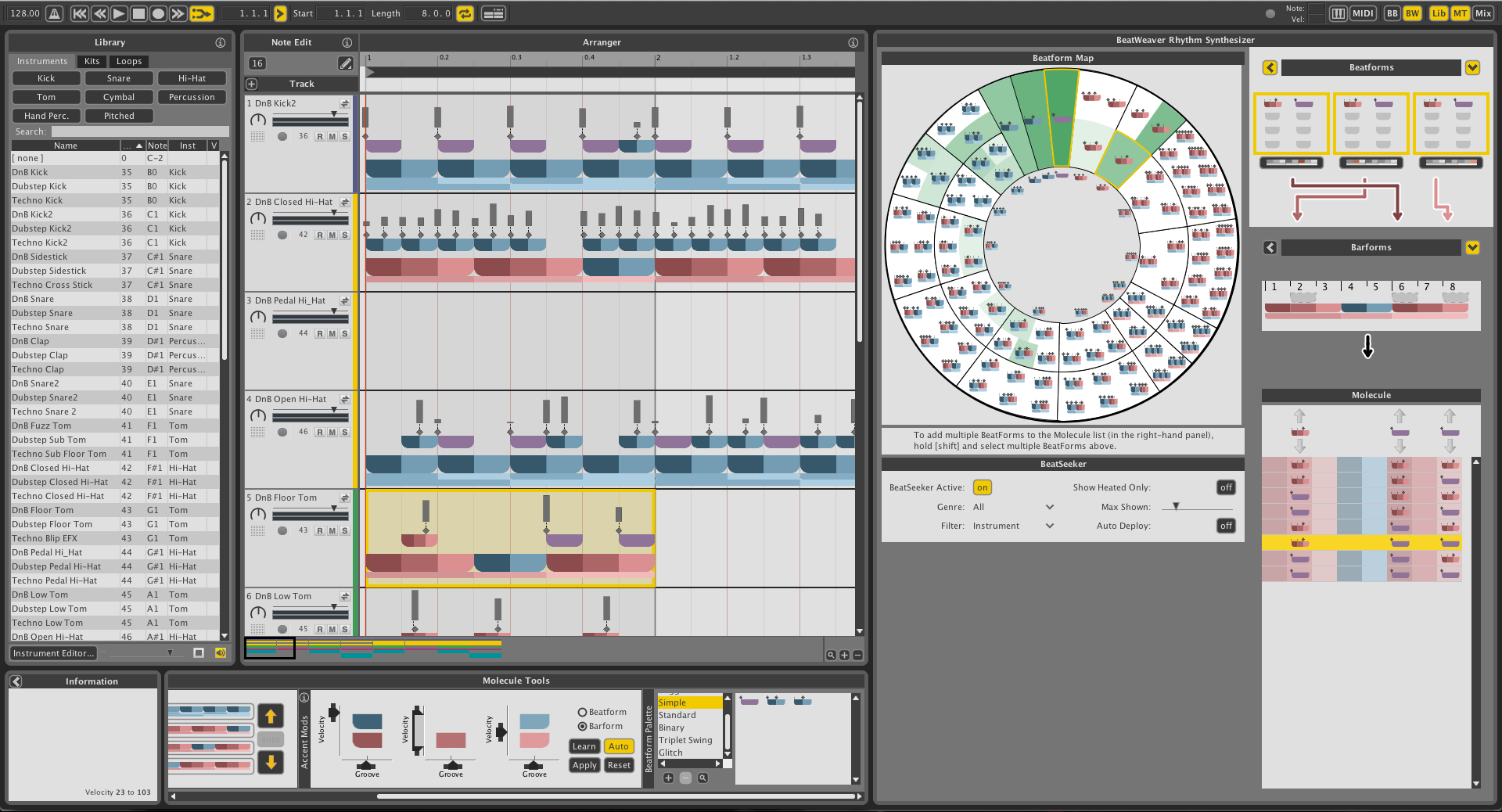 A redesigned user interface and a host of new features, Liquid Rhythm enables increased workflow efficiency by shortening the time users spend composing and searching for the most suitable rhythm. The software does it by analyzing MIDI data and recommending beats that would be complementary to the composition. This allows users to quickly complete their productions or go in new directions without having to change the entire structure and notation of the piece. Doug Mummenhoff, WaveDNA co-founder and CEO tells us:

“When our users tell us that Liquid Rhythm is helping them translate their creative ideas to finished compositions,” states Doug Mummenhoff, WaveDNA co-founder and CEO, “We know we are doing our job. But, we aren’t stopping there. Our company and team of developers are aligned with the vision of revolutionizing electronic music composition, one software application at a time.”

Ten Quadrillion! We’re not sure that’s a number that can even be imagined, but it’s the what makes Liquid Rhythm’s newest software update so successful. Allowing users the ability to quickly access literally the rhythmic patterns automatically for the right beat; importing pre-existing MIDI tracks created using their DAW of choice, and mine their huge library of loops and kits to quickly and easily create rhythmic compositions are the other features sets worth noting for would be Dr. Dre’s.