New travel site TripGems helps travelers find things to do (tips and deals) on their next destination and let them share hidden gems with their friends and the world. With the plentiful number of sites that you to get to a destination: flight search engines, hotel booking sites, There is no authority yet on the ‘Things to do’ market, let alone one that involves advice from your friends. This is the place where TripGems wants to be.

“We want to unlock the ‘travel wisdom’ every traveler has in their head or in documents full of travel tips sitting on someone’s hard drive, bringing these hidden gems online is a firs step” says co-founder Maarten Munster. “The second step is letting local businesses that are ‘gemmed’ promote themselves and give them full autonomy over their deals, instead of being squeezed (what happens at different deal websites).”

TripGems is based around finding something to do at your destination, whether this is a travel tip from a friend, from someone else, or a deal from a local business owner. “You should really go there!” or “It was a great place, but I unfortunately forgot the name” sounds familiar? The best advice you usually get is from your friends. But the process of giving travel advice involves a lot of remembering and repeating the same information to different people. 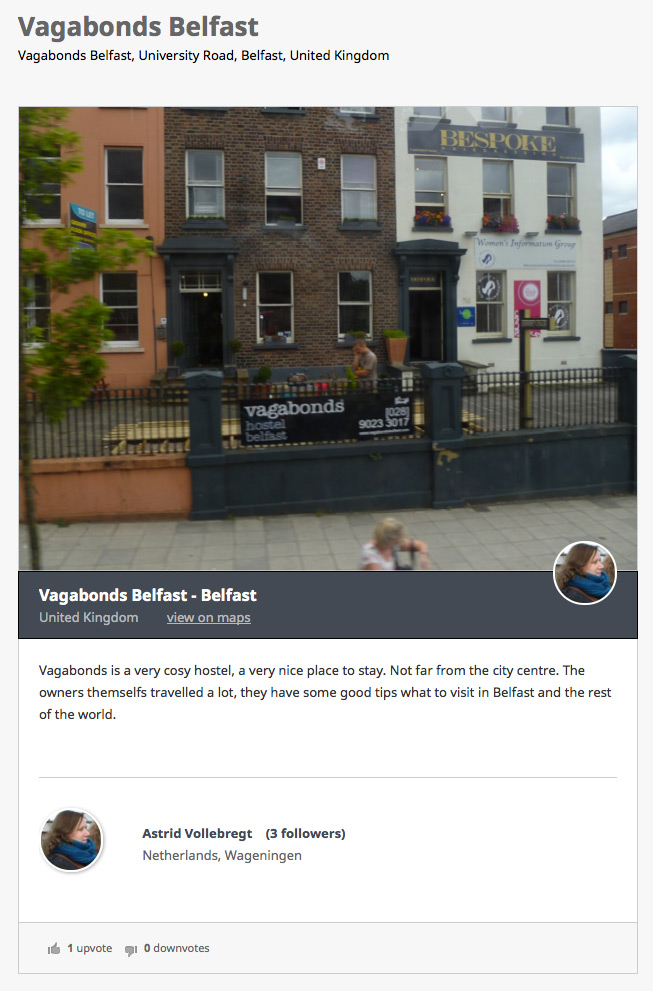 At TripGems you can keep track of your own travels including keeping an overview of those great places, it may be a bar, restaurant, or a fantastic scenic view. You can share them with friends, and find out how much percent of the world you have seen. If you are planning a trip soon, you can search for travel tips from your friends or other travellers. A special group of selected people called ‘Insiders’ will even provide you with more inside information on your next destination. And lastly, special deals will be offered alongside your search, curated by you and other travellers.

For local businesses, TripGems also provides an opportunity to market their deals to a specific group and keep full autonomy on the deal. Specifically not a deal site like Groupon that squeezes their partners, TripGems wants to empower the business owners again, and provide them with an extra online sales channel. By connecting travellers with local businesses they believe that they can build a great travel platform where there is always something to do.

Like many startups, TripGems was grown from a personal pain. Both co-founders and long time friends Maarten Munster and Remon van Hooijdonk travelled quite a bit during their studies and ended up giving their friends a lot of advice on what to visit and what not. At some point they even had standard word-documents lying around, already standardizing the process a little bit, and were not the only ones doing that, they soon discovered.

It’s a shame that so much ‘travel wisdom’ is sitting on people’s hard disks and not easily available for friends. It got them thinking, and the entrepreneurial spirit that once got them travelling now transferred into the willingness to start a company. Things caught up to speed when they pitched the idea about TripGems to Dennis (developer) and Lex (Designer). Three out of the four founders worked at VakantieVeilingen.nl, the fastest growing start-up based around travel auctions. The founders are now in their advisory board and with that experience combined, TripGems launched in June 2013.

In the future Maarten tells us they plan on implementing some greater usability improvements as the user base grows. In the mean time, they are piloting the deals platform in Amsterdam, and once successful expect to scale it to different parts in the world. While the site has ambitious goals that are commendable, today the number of ‘gems’ left by users is few in some popular cities. But as the word grows about the site that wants to share the unexpected finds you’ll love while traveling the user inputs should not only grow in number but value.