Tech startups and food goes together like peanut butter and motor oil. Or so I would have thought before doing the research. A quick perusal of this very site actually suggests the relationship between foodies and techies is perhaps stronger than many would assume. For instance, New-Startups.com has documented sites like NewGusto, who help traveller’s find home cooked meals in other countries. We’ve also reviewed GourmetOrigins whose purpose is to provide the history and context of carefully chosen, high quality cuisine. So it’s fair, after all, to conclude the potential marketing opportunity that exists at the intersection of food and tech startups has been exploited to some degree. However, until very recently the opportunity to blend technological innovation with passion for food has not been fully fleshed out in the same way that, say, mobile devices and photography were with the onset of Instagram. After all, at its core NewGusto isn’t really about bringing technology and food together as much as it is about helping people connect with one another. GourmetOrigins doesn’t leverage technology as much as it leverages information to help people better enjoy and appreciate their meals.

A new startup, launched in February of this year is set to further explore the budding synergy between food and tech. It by no means represents a giant leap forward in terms of innovation but it does seem to denote a firm step forward in the evolution of tech companies and the enjoyment of good food. The startup is called Forgetful Chef and it seeks to assist aspiring chefs in expressing their creativity online. Their about page explains:

“Forgetful Chef is the best place for aspiring chefs to express their creativity. Get your mouth watering over the inspiring dishes already available. Help our community satisfy their cravings with your latest recipe. You might even inspire their next meal. It’s all right here at your fingertips.” 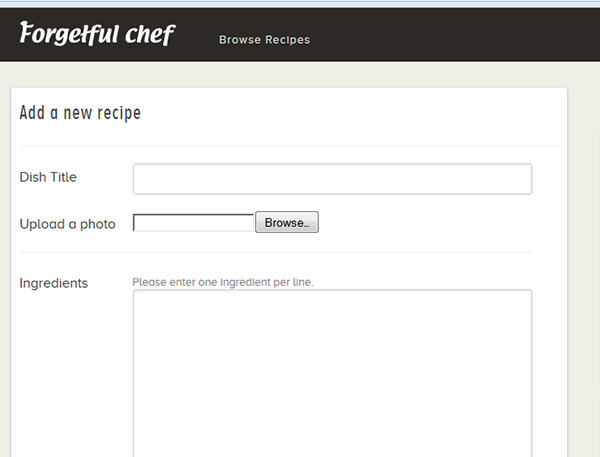 Founded by Christopher Da Sie Forgetful Chef helps you to catalogue your recipes, specify details like their preparation time and skill level, and then share them via social media. The site also permits you to explore the tastes and recipes of other aspiring chefs for the sake of inspiration or just curiosity. The service I just described is free but Forgetful Chef also offers a “Pro Membership” for $24 a month that enables clients to mark their recipes as “private”, include multiple images per recipe, and save other chef’s recipes to their own online cookbook. 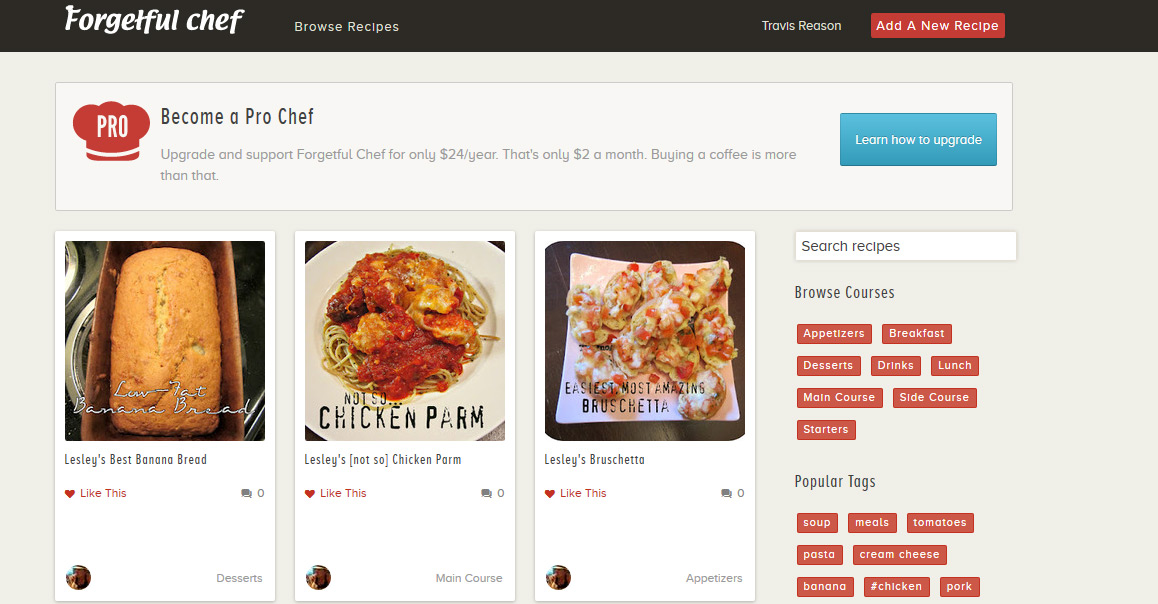 Forgetful Chef is still very much in its infancy as a company and its success will be difficult to predict. A review of their blog seems to suggest they are doing all the right things, so to speak, as far as remaining flexible and designing the website with the user experience as their primary focus. Since they went live they adjusted a number of features including the vanity urls, more social sharing options, and an option to order a professionally designed cookbook with all your posted recipes in it. They seem committed to the proper utilization of customer feedback and it will be interesting to see how far their creativity and business acumen will take them.