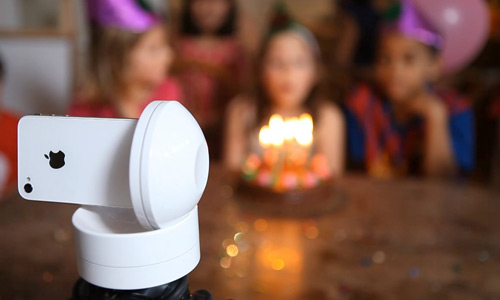 From Motrr, led by the designers of the Gorillapod, a line of space-like yet innovative camera tripods, a KickStarter project has launched to fund the release of Galileo – an iOS device infinite 360 degree pan-and-tilt accessory. From Josh Guyot, the Galileo works as a mount for an iOS device and a secondary unit, iPad for example, is used to control the devices’ movements and behaviors by swiping the screen. Check out the video below to see it in action:

With a plethora of application possibilities in photography, cinematography, social networking and video conferencing, the spherical based Galileo offers endless opportunities through its remote-controlled motion. However Guyot says:

“ My motivation originally was to make it easier for me to have video chats with my son when I was away on business. The lack of control and visibility when you are talking to someone far away makes you feel even farther away and was just so frustrating; Galileo solves that problem.” 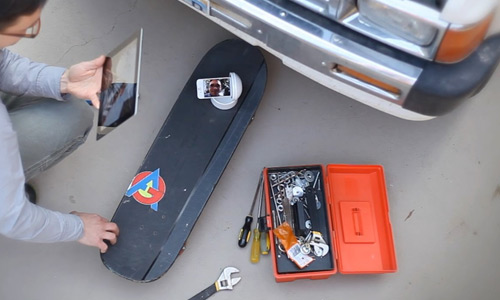 Because the diverse possibilities of application exist for this wonderful device, Motrr will be releasing an SDK for app developers while the kit will come packaged with a mounting screw to use with tripods or other equipment. Although face to face communications seems like the most logical use for the accessory, realms such as security monitoring, baby monitoring, sunset time lapse capturing, movie making and gaming will be possible for this $129.95 device. However, you can get it at a discounted price of $85 on KickStarter.