When first investigating this web game, we all thought it was going to be a needle in the world type of feeling. But it suddenly became addictive almost as much as the new app Dots. GeoGuessr drops you in a Google Street View in an unknown location and asks you to “figure out where you are.” 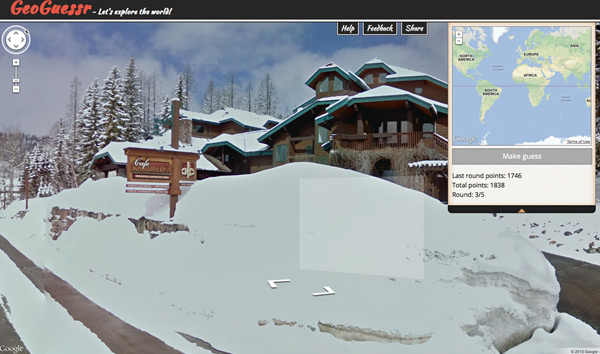 Once you familiarize yourself with your immediate surroundings you place a pin on the Google Map to best guess where you think you landed. Many of you may assume how in the world could one figure out such a thing with just a 360 view? The game takes that into account and lets you explore a bit more then what’s exactly around your landing point.

Quickly you look for clues to gain some context. Signs written in familiar and unfamiliar scripts helps you quickly scratch off locations. See a phone number on a building with a 404 area code zoom into Atlanta, because you’re definitely not in Vancouver.

Much more fun then you could expect, with game play broken up into rounds. Take a spin around the world and see if you can figure out where you are.