A 550-metre wood cribwork constructed Gabarus seawall was built about 70 years ago to help the Cape Breton based community be protected against the Atlantic Ocean or Gabarus Bay. But today this seawall and many others along coastal communities have become damaged over years of storms and lack of government support. In an effort to lobby for change one filmmaker is taking to Indiegogo in the hopes that not only the government in Canada but around the world take care of coastal communities and repair barriers that are deteriorating putting families at risk. 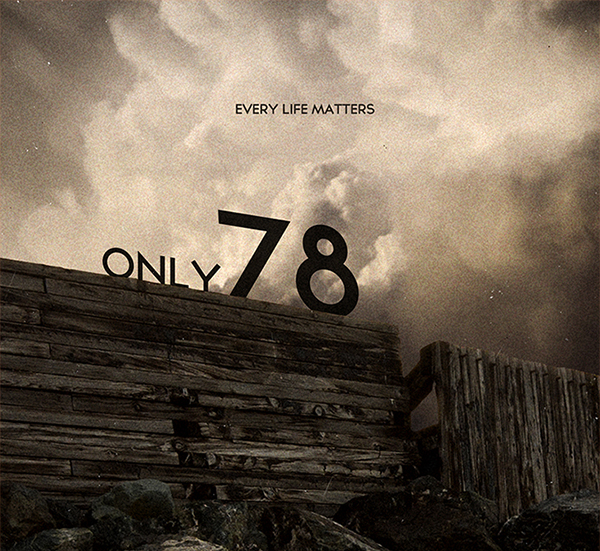 With the recent launch of Kickstarter in Canada, the opportunity for Canada-based creators to share their ideas and projects has already started a wave of new discoveries on that platform and continues on Indiegogo as well. The original outlet for Jawad Mir, the filmmaker behind Only 78, was to have been on Indiegogo, but with the larger reach Kickstarter brings to the American and global market he hopes his film about coastal communities creates the necessary awareness of change which would not be as possible prior to Kickstarter Canada. But now he’s decided to bring the project to Indiegogo to make it a reality.

“At the end, I would like Canadian government to replace the seawall in Gabarus and take care of 200+ communities who have similar issues. The government has ignored them because they are not necessarily tourist spots. And with festival coverage, get people aware of this issue worldwide.” Said Jawad when we asked him what he hopes he gains from Indiegogo and the project as a hold. “Only 78 is the story of how a small community with an indomitable spirit has united to tell its story and lay claim to a sustainable future, stubbornly refusing to face the prospect of the destruction of their nearly 300 year old community without a fight. “

Striving to attain the goal of $15,000 on Indiegogo, Jawad hopes to be one of the early successfully funded Canadian campaigns that have a real goal of striving for change in communities that need it the most.