One computer screen hardly seems to be enough if you’re multi-tasking, such as when you want to watch a movie while designing the new interface for your favorite blog. But paying for a new monitor can be pricy, especially if you have a very good iPad 2 lying around as well. The HoverBar by Twelve South lets you connect your iPad to new heights with its Sci-fi, futuristic setup enabling dual screen glory and mini-workstation minimalism.

“The flexible HoverBar arm positions iPad in a place where you can keep tabs on Twitter, stocks or partake in a FaceTime chat. As a bonus, you can use HoverBar separately to float iPad 2 as a micro workstation, a handy kitchen mount or as a tool that elevates iPad, creating a whole new way to interact with apps.” 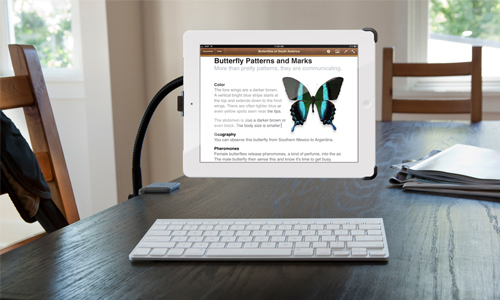 Not only can you fasten your iPad to your monitors for dual screen enjoyment, but the device also comes with a stiff yet flexible arm that can be securely clipped to any furnishing so things can remain at eye height level – creating a min, minimalistic workstation.

Andrew Green, Creative Director of Twelve South said, “HoverBar was actually inspired by the multi-screen computers in the movie “Minority Report.” Then came the iPad, and we found that working with an integrated Mac and iPad setup is more than just multi-tasking – it’s multi-computing. But it wasn’t enough to have the iPad nearby. We wanted the screens aligned, even touching. HoverBar is the glue that turned our vision of the ultimate Apple workstation into reality. And it’s just so cool!” 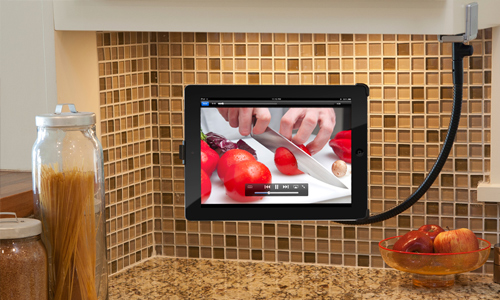