What happens when you combine Instagram: the popular photo sharing platform, with the creative minds of Tiny Hearts: an award winning app studio in Toronto? You get the first iPad and iPhone game that uses Instagram’s open API that is not only addictive, hours of fun but also visually stunning and intuitive. 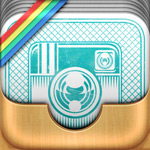 Having launched yesterday, InstaMatch – The Instagram Game is a modern take on the classic memory game but pumped with some clever tweaks. In InstaMatch your goal is to match similar photos of the same object – sounds easy, but you quickly find out it’s not that easy. Because you’re trying to identify similar objects instead of the location of duplicate pictures on your InstaMatch board, the game is able to keep you engaged by being more difficult then a traditional matching game. You can choose from five different themes that come with popular photos from Instagram, such as: Cities, Nature, Food, Animals and World Wonders. Then the game starts, flip over some cards and see how quickly you can identify photos of similar objects and jump up the leader board. Once you think you’ve mastered the game, just enter Hard Mode and watch as cards move from location to location making matching even more fun. 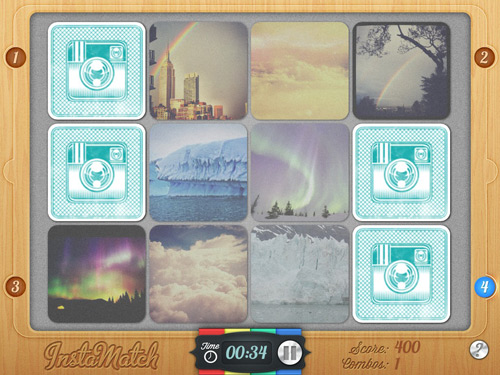 If you have your own library of Instagram photos, then InstaMatch opens even more opportunities for you by allowing for connectivity to your account so you can play with your own pictures or enter a tag to play with photos outside of the themes offered. With over 500 million photos on Instagram, there really is no limit to the fun you can have matching the beautiful pictures taken by their users. If that wasn’t enough, InstaMatch also comes in multiplayer mode, with a scoring system with Game Center, and photo-discovery. 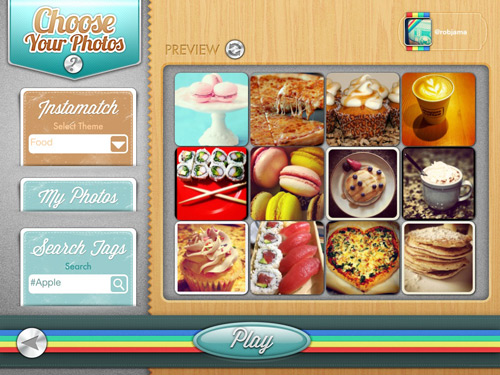 Created and Produced by Robleh Jama (@robjama) and Jeremy Noonan (@samuraicode), InstaMatch is the first game that we’ve found to use Instagram in a whole new way that is not only fun but creative and addictive. You can get it now for the iPhone and iPad on the App Store for just $0.99 (regular price $1.99) To celebrate the launch of their new game InstaMatch is giving away a few Gizmon iCA iPhone Cases (also known as the Ultimate iPhone Camera Case) – to enter, simply follow @tinyheartsyou and Tweet the following to win:

Yay @tinyheartsyou is giving away the ultimate iPhone Case to celebrate the release of InstaMatch-the instagram game http://bit.ly/rtIXi9

Open API’s are available with all our favorite social media applications, and InstaMatch is opening the door for us to be creative in how we think about creating games in the future. What API’s do you think can be used to create the next best game? Maybe a multi-player boggle game based on trending tweets – just an idea we threw around yesterday while playing InstaMatch.