We’ve been uncovering a lot of children’s based apps lately around our office because of the sheer enjoyment and inspirational interface development coming about in that genre. It truly is fascinating how developers and those with imaginations are developing ideas to capture the spirit of children in the interactive playground of a tablet. Shilo Shive Suleman, an Indian illustrator, animator and visual artist based out of Banglore created a beautiful animated storybook for the iPad that invigorates children to use their imagination and all five of their senses called Khoya.

Before the apps release, it was showcased at TED Global 2011, the WIRED conference in the UK, the INK conference, and DLD 2012 in Munich and now is available on the App Store. Below you can view Shilo’s talk at TED Global about using technology to enable dreaming. More then a novel or a comic book, Khoya, is an interactive fantasy adventure that takes advantage of technology to tell a “futuristic tale about two children who seek to save a world where magic and love have disappeared.”

Illustrated by Shilo and written by Avijit Michael, the story-telling app is a traditional quest tale, but packed with augmented reality to let kids explore a story with the world around them. The project began at the Srishti School of Art, Design and Technology in Bangalore and is made for kids 10 and up. But we think anyone, at any age that picks up the story-telling app will find themselves seeing the wonders of technology at work and will surely inspire how we all think about how to use app building experiences.

“With over 70 pages of artwork and animations, real world quests, immersive interactions that make you a part of the book, magical devices and cartographic interfaces, Khoya is a combination of lavishly illustrated pages by Shilo Shiv Suleman and Avijit Michael’s well crafted narratives.” 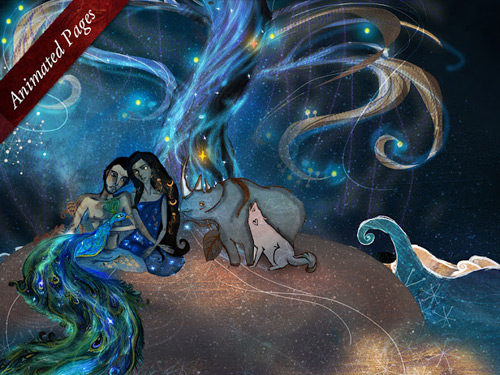 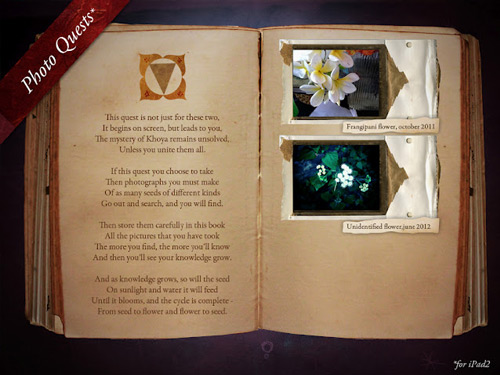 We’ve never seen an app that asks kids to not just play and read with their iPad, but asks them to explore the world around them. With rich visuals and a unique quest, readers are “given their own quests like collecting seeds and making photo collections of these seeds through an app within the app”, making the story entertaining and sticky. If you want to feel a story and see how a beautiful story can translate with technology, then you need to get your hands on Khoya from the App Store. You will not be disappointed.