The recent article’s about the upcoming demise of Facebook might sound far-fetched today but the points drawn do make it a great possibility especially with their failures in mobile; but what could take its place and be the new “Facebook” for the next generation? Maybe there’s a sign from the new startup genres that have come and gone just a few months ago. Was ChatRoulette on the right path? It had a spurt of great attention but then faded – there is an inherit need in our society to meet new people and applications that take that into consideration quickly grab us, but can they sustain? 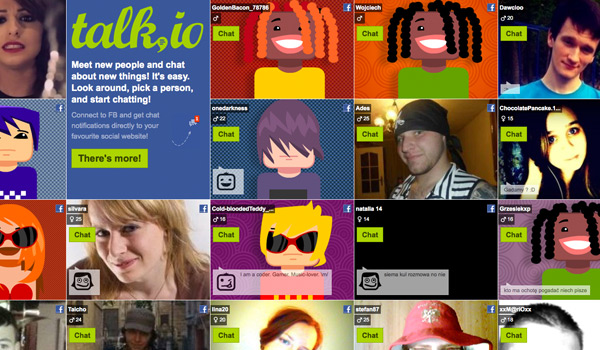 Talk.io hopes to be second coming of video chat with a stranger that sticks. With already 500,000 unique visitors since its beta launch in late September of 2012, it fills the gap lefty by social platforms such as Facebook and Google+. The startup wants to carve out a piece of a pie for itself that revolves around that natural need of meeting new people. May it be for flirting, casual encounters, knowledge transfer or any other reason, it’s a new way to make new friends with text-chat. Large groups of Internet users need intimacy. For them video chat (e.g. ChatRoulette or Airtime) isn’t a perfect product due to the lack of privacy, intimacy as well as a presence of exhibitionists. What is more, video chat is not for the bashful. Talk.io is for those that are bored with social media and need a safe journey outside of their comfort zone and their closest friends – “an up-to-date and much, much cooler internet chat application” is how founder Tomasz Dominiak describes it. 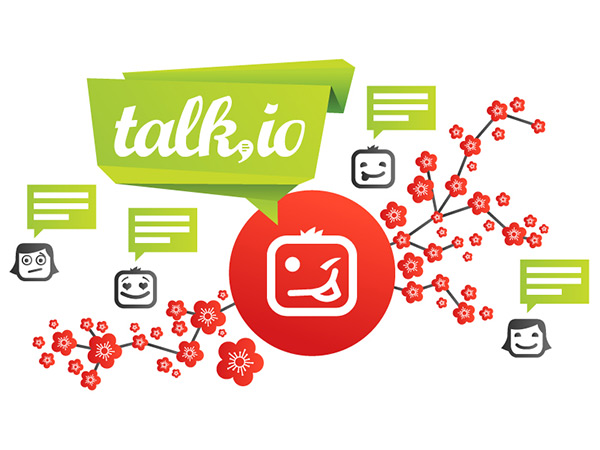 Using your Facebook login, users can experience an online serendipitous moment where they can meet people from around the world with similar interests based on their Graph. By analyzing your “Likes”, Talk.io suggest people to converse with that have common interests and you can filter out those that you find uninteresting. One of our concerns when first stumbling upon Talk.io was how abuse and young people were using the platform. Tomasz tells us:

“This is a huge topic but we are prepared for it. We have a strong and user (as well as kid) friendly anti-abuse system, which is daily, moderated by the administrators group. In general, this is a tough work but we control it. We scan non-stop reports about flagged and potentially abusive matters. We deal with items such as offensive images, nudity, scammers, repeatedly harassing the same person, etc. What is more, we have a strong privacy system. E.g. users can set that they don’t accept chat invitations from anonymous users or they don’t want to reveal their localization.

Generally, we try to provide as safest as possible space for teenagers and for other users. If you don’t want to chat with young users you can use filters and filter them out using age parameter and vice-versa.”

It’s too early to know if Talk.io is how future social interactions will take place leaving behind “Likes” and status updates (even though this platform is built off of Facebook logins). But it’s interesting to see new ways to meet new people taking off. From ChatRoulette, Airtime, to now Talk.io, there is a place for new social mediums because as people we want to meet and discover new people.