Sometimes the laundry monster gets them, sometimes they look like finger gloves, other times their simple and classy, socks are wild and socks are simple but they always are there to keep your toes warm like a good friend ready to hug you hello. Maybe that’s a bit overstated, but there was a resurgence of sock based startups in the last few years, most of which focused on stylish and funky alternatives to the norm. 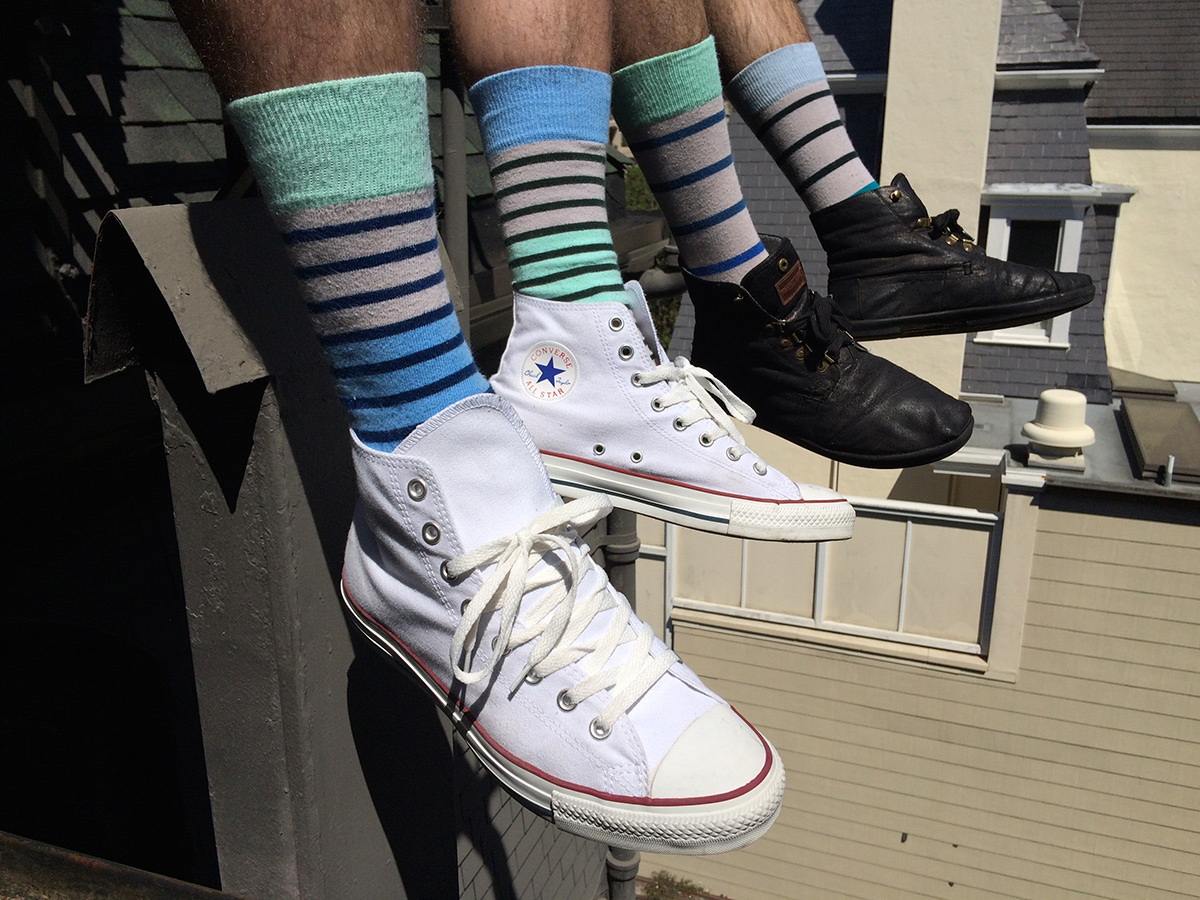 New startup SWAP Socks, has an original take on the foot fashion trend, founders Roger Nahum, Match Du Toit, and Cole Page are selling socks that are mismatched on purpose. And although the idea has strong fashion fundamentals, the project is more importantly donating 50% of its profits to Seva foundation, a charity focused on bettering lives of the visually impaired.

The startup has launched a Indiegogo campaign to bring their offering to market. Each pack costs $32 and comes with four mismatched pairs. The socks are not overly different to be a fashion faux-pas, rather each sock can be paired with any other in the pack and still be a fashion statement even though a mismatch.

SWAP Socks site explains why their socks are ones that make a difference:

“Our socks are designed to be distinctly mismatched, yet complementary. They serve as an eye-catching, wearable statement to show support for the movement to end preventable blindness. In the process, they spark natural conversation about the power and privilege of sight, which so many live without.”

265 million people around the world are affected by eye-care issues. Of which their site states that 80% of these impairments are preventable or curable with 90% of the cases occurring in developing countries. With lack of awareness and feasibility to deal with these eye problems many in developing countries are left to deal with loss of sight. SWAP Socks hopes to make an imprint on these lives by partnering with Seva Foundation and providing half of their revenue to build a world that has fewer sight impairments.