Last September the thinnest iPad mount was launched on Kickstarter named MagBak. After reaching it’s needed goal and surpassing it by five times the company was able to add minimal magnetic strips to iPad’s for mounting has now come back to the popular crowd funding site with a new line. 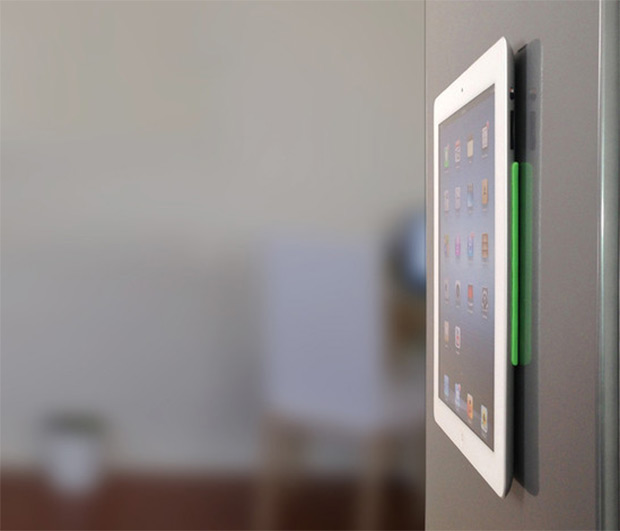 Their second go-around on Kickstarter is a similar product but this time for the iPad Mini. The magnetic grips that fall seamlessly on the back of an iPad are just 0.5mm thick, allowing them to be the thinnest mount but also provide that small relief to prevent scratching on the device. While as amazing the MagBak is, an updated product accessory helps make it even better, accompanied with the MagBak is what is called MagStick.

The iPad mount accessory now uses 3M tape to help adhere the device to almost anything instead of being limited to just metal based fixtures. And with the product line now being available to use on iPad, iPad Mini and iPad Air the opportunity to add an element to the popular tablet is worthwhile because of the gran number of use case scenarios. A pledge of $34 will secure a MagBak for iPad Mini or iPad Air and a MagStick.