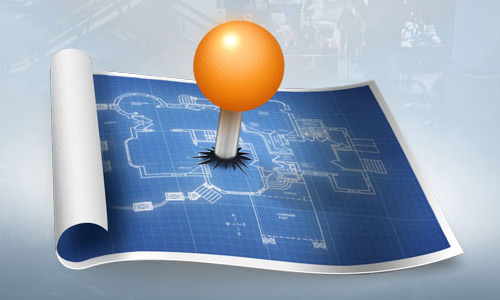 If you have ever been to a conference, concert, event or anywhere with a group of people you know how easy it is to lose a friend. Not only that, but how much time and aggravation does it cause looking for said friend because you’re just that nice and don’t want leave someone behind? Navizon has launched a new location technology, an Indoor Triangulation System (I.T.S), that just might be the answer for those times when you’re trying to locate someone.

Touted as the “first global micropositioning system”, this new GPS system will let you track people via smathphone’s, tablet’s, and laptop’s in real-time. Working both indoors, outdoors and in three-dimensional areas, Navizon’s technology works by combining GPS, Wi-Fi and cellular signals to triangulate your location. And by working in three-dimensional areas, you’ll be able to find a friend that is sitting on the 19th floor instead of scouring an entire building.

The technology is being pushed for use in large structural dwellings where human traffic is very high, such as corporate infrastructures, government buildings, retail stores, tourist attractions and shopping malls. The technology will allow for more then just finding lost friends, but also empowers people to monitor behaviors for analysis. By knowing and following people’s movement patterns, the system will allow managers and owners to track consumer interactions, security risks and identify local trends and patterns based on crowd movement. You can learn more about the technology on the Navizon website, and order the system that is starting at $350/month.