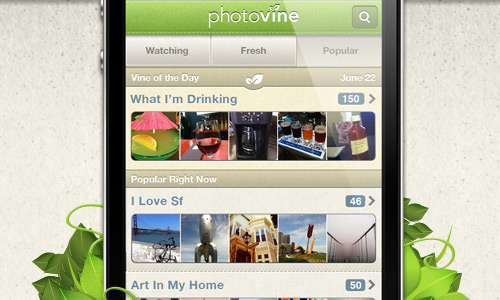 What makes Photovine different is that it doesn’t offer artistic effects or photo filters, rather it encourages users to create communities / sharing ‘vines’ for specific categories, such as ‘First Snowfall’ or ‘Cute Dog’. Users can then like, comment on and explore vines based on what’s new, popular or what they have been watching (vines users have previously posted on or chosen to follow).

The application is not branded by Google and it’s surprising that it wasn’t launched on the Android market place first, but has been created by Slide team, which Google acquired about a year ago. Could this be a new marketing and app penetration strategy for Google?