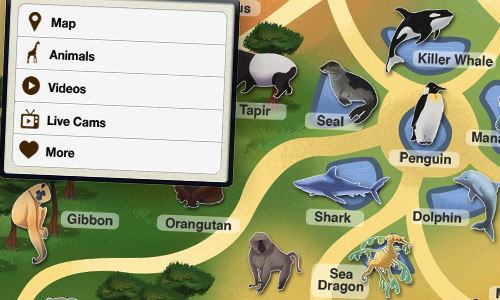 Pocket Zoo makes going to the zoo with your children or even as an adult a simple “tap” away. The app opens up with an illustrated map of the zoo from which you can click on the animal of choice and choose a live stream of see your favorite lion or other favorite animal from well-respected zoo’s across the world. The app also comes with sound bytes, pictures and facts of all your favorite zoo dwellers.

The apps live streams and HD videos are exceptional on the iPad. They make seeing Giraffes, Lions, Pandas and more a visual adventure as if you’re right there. You’ll even be able to filter the streams that are actually displaying animal actions worth investigating. If penguins aren’t visible on cam at the Japan zoo you can cycle to one of the other live zoo cams that are more interesting.

If you’re a parent this is the app you need to share with your kids. We found this app to be entertaining for even our New-Startups.com team. We love animals and cycling through and watching a Penguin waddle around just brings a smile to everyone. Being sold for $3.99 on the iPad you can get your hands on the Pocket Zoo HD at the iTunes App Store. 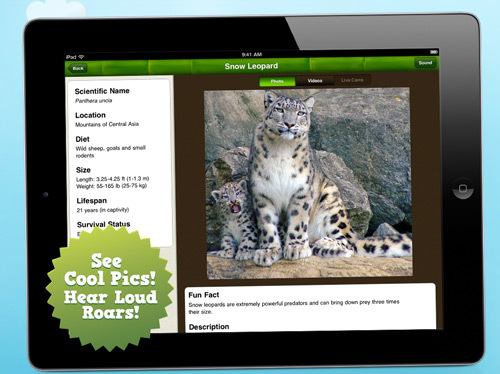