Over a year ago Kelly Angood relished in success and acclaim for her Pop-Up Pinhole Project on Kickstarter. No only inventive and functional in idea the cameras were stunning pieces of art. The camera would let users assemble it themselves with provided card stock. The project ended up doubling it’s goal and now she’s returned to Kickstarter with a min-version of her initial project. 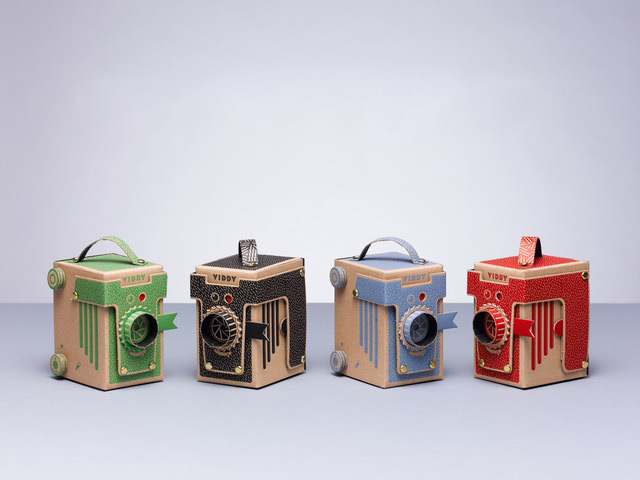 Called the VIDDY, the DIY camera’s provide both medium format ant 35mm film and like the original these pint-size cameras pack a punch of design that makes you want to smirk with pleasure. 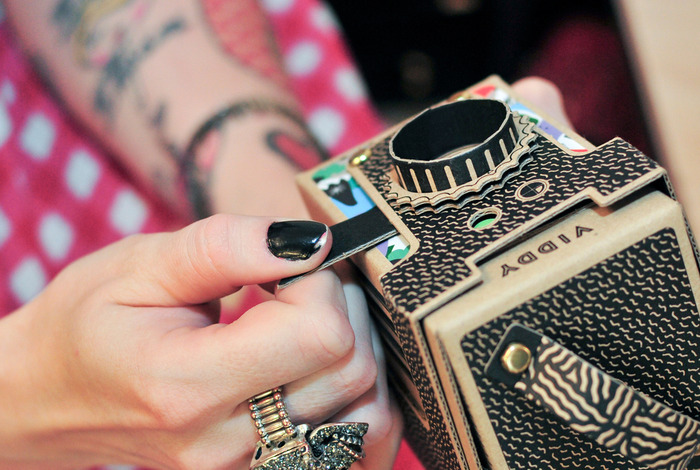 A pinhole camera replaces a lens with a single small pinhole for aperture. On the VIDDY the pin-hole is cut out with lasers into cardboard that is affixed with charming designs via screen-print. Each VIDDY kit comes with a medium format spool, red light-proof window, split pins, and a sticker sheet. Each cardboard kit is popped out of its frame to be put together by hand so you can begin taking photographs in under 30 minutes.

The VIDDY produces very good image quality but more importantly is an adaptation from the original Videre with great improvements. The mini-pinhole project has a film viewing window, shutter indicator, and a constrution process that is almost glue-free. Bounce over to Kickstarter and grabe your VIDDY with a £30 pledge.