A new wave of startups is bringing ways for you to find like-minded people near you. They are making headlines and are defining a new white-hot space called social discovery. Highlig.ht, an iPhone app was this year’s SXSW darling. Last year, Sonar.me rocked Techcrunch Disrupt and is working furiously, releasing new features. Ntro just launched and got funding. All three of them are mobile apps, they let you combine one or more of your existing social profiles and will show you others nearby who have friends or interests in common. Why are we seeing so many of these companies now? 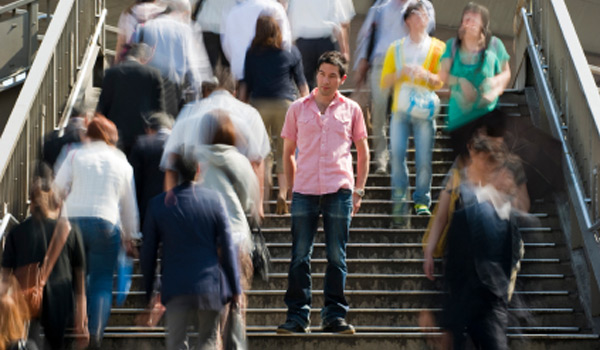 Social discovery has mostly been left alone by the large social websites until recently. Facebook has never made it easy to find strangers. Their fast growth is based on people’s existing connections; there was no need to add a find new people feature. As social websites like Facebook mature, there is less growth in capitalizing on people’s existing network. The growth shifts to making new connections. Facebook realizes this and decided to buy Glancee a social discovery app earlier this month.

With so much buzz it is easy to forget that social discovery is as old as the web itself. There is the established, multi-billion and still growing online dating industry. Meetup is still ruling grassroots groups and while we were all obsessing over social graphs of existing friends, Badoo built an international empire on casual dating and flirting. There have also been some overnight successes we quickly forgot about. Does anyone remember Chatroulette? Omegle?

There seems to be something different with the new wave of startups. Integration of existing social profiles is adding trust to the experience that was not there before. Signing up has become frictionless through Facebook logins. And by using the GPS in a phone, the apps can show who is near, right now. There has also been the first backlash. The iPhone app ‘Girls around me’ was deemed too creepy for Foursquare who blocked the app from accessing its API. The app can no longer be found in the Apple app store.

Social discovery is far from mainstream. Most of the users are early adopters, often working in interactive media or for startups. To gain significant traction the new startups need to find out how to connect with a larger audience. They will have to gain trust by finding the right balance between sharing and privacy. They will have to work hard to discover and solve social discovery problems that people have. If the more established online dating industry is any indicator of what might happen then we might end up with a fragmented market where different sites appeal to different people. Already you can see niche apps and websites launching. There is NewGusto for home cooked meals while you travel and INTRO for networking in a professional context. Maybe the future is in Sean Parker (Napster, Facebook) getting the combination of video and social discovery right. Keep an eye on his stealth start up Airtime which launches on June 5th.