Testing how in-sync you and your BFF are; Say the Same Thing is a creative new app game designed by the members of the band OK Go that figures out how long it takes for two people to say the same word. OK Go is well known for their creativity in videos with unexpected surprises that make you smirk, through their creative ideas company – Paracadute – they have released this quirky word-play app that doesn’t just share how close you are to your best friends, but also can be played globally to create new connections. 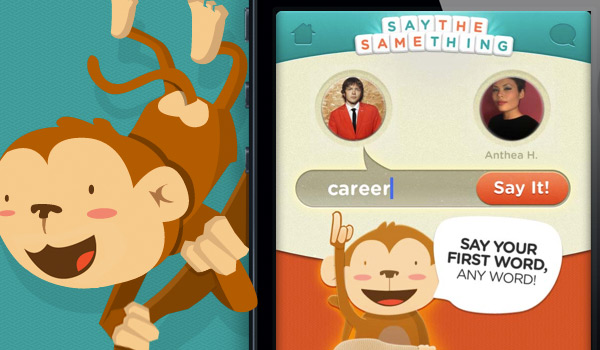 You start by selecting a friend or a stranger, each player says a word, then its up to each individual to think of something that helps connect those words. The game goes on until both players say the same “connecting” word. Each game as a result is unique for each instance and persons in the same “digital room”.

The app isn’t a promotional tool for OK Go, but Andy Ross – guitarist for the band – is the creative genius behind the simple yet complex app. Check out the promotional video above starring band members from the team.