It started with surfers trying to figure out how to film themselves while they practiced their craft, but without a cinematographer. Soon after Soloshot was born. Pairing an armband mounted GPS sensor to a Soloshot base affixed to a tripod and camera; once paired, the Soloshot base follows your path pointed toward only the armband it’s paired to. Thus capturing every surfing or other motion driven activity smoothly. 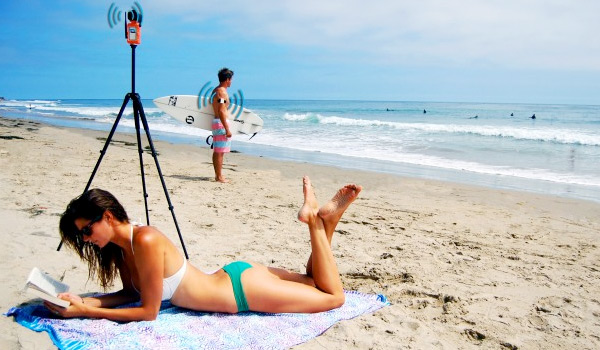 Unless you’re an Olympic champion snowboarder or Travis Pastrana, you more than likely won’t have access to a team of videographers following you around capturing Extreme X winning moves. The Soloshot unit acts like an automated camera-bot for everyone. As you wear your Soloshot armband taking on gnarly waves, the camera stays focused on you. With a range of 2000ft it can track activity up to 140mph and rotate a full 360 degrees. Check out the video below to see how it works.