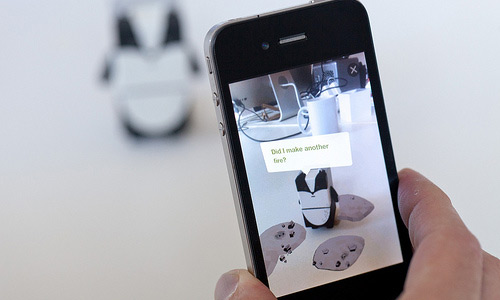 We’ve been discussing children’s apps within the New-Startups.com team recently and what goes into making a successful kid’s app. Does the design have to be imaginative or does the user experience / ease of use of have to be a more dominant factor? Children have boundary-less imagination and trying not to stifle that creativity while still developing a kid-friendly application can be a daunting task. But when we stumbled upon Suwappu our debate heightened. This gorgeous and well thought-out application puts augmented-reality with a toy to be viewed on a smartphone, but is this app more for kids or an older demographic that collects toys and understands what augmented-reality is.

Developed by Dentsu and Berg, Suwappu (a prototype), works like this: Start by placing one of the woodland toy creatures developed by Dentsu on a table top and then point your smartphone, with the Suwappu app initialized at the characters. The app then recognizes the face of the toys via the phone’s camera and then generates a 3-D world on your phone around the character, complete with text bubbles from the toys themselves. Thus, creating a storytelling environment that really makes these toy characters come to life. 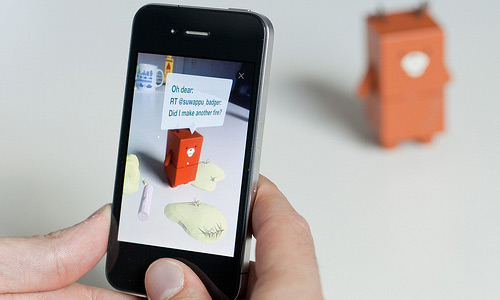 The technology behind Suwappu is simply amazing-the developers have created an app recognition system that doesn’t use QR Codes, rather the camera is able to decipher the face designs of Suwappu toy characters – making it a “markerless augmented reality and a cutting-edge computer vision”. The magnificent computer vision easily brings a 3-D world that is designed with imagination and whimsy to the palms of your hands in real-time.

Seeing this augmented-reality app in action makes us wonder, is this really a good thing for kids? Growing up I played with Transformers, Thunder Cats and GI Joes. While the artsy environments I dreamt of weren’t as immersive as those shown in the Suwappu app, they were still my own ideas, creativity and thoughts. Does this app rob kids of the opportunity to develop their own atmospheres with the toys? Michael Webb of Berg says: “when I watched the cartoon [Transformers as a kid], I was all the more engaged for having had the actual Transformers toys in my hands. With Suwappu, the stories and the toys are happening in the same place at the same time, right in my hands and right in-front of you.”

In the end the Suwappu application / game / story book is an ingenious technology and an application that should spur ideas for story telling to new frontiers. What do you think, should imagination be left in kid’s heads or can it be heightened through augmented reality platforms with hand-held toys?