2012 was a great year for kid’s apps and kid’s educational app technologies. There has been huge growth in the amount of funding companies that produce well-designed applications, specifically for children, and in 2013 that growth is surely to continue. DanoToys has released the best-designed stylus targeted at kids. Kids love to draw and color, the large squishy stylus makes it much easier for kids to use while ensuring that sticky grease covered fingers aren’t being smudged over the iPad’s screen. 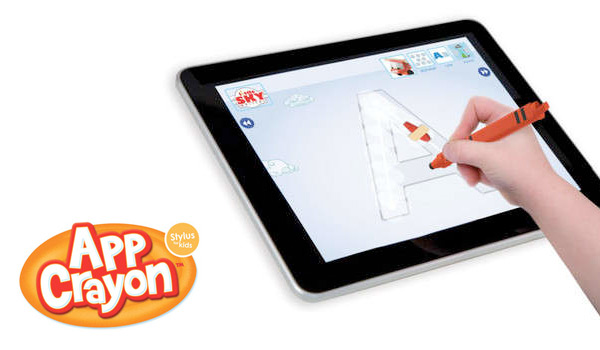 There are other children’s based stylus on the market such as the Crayola iMarker and the Nomad Play, but the AppCrayon has been honored with PC Magazine’s Editor’s Choice Distinction. The Crayola iMarker only works with Crayola based apps, while the Nomad Play is not very practical for kids. The AppCrayon on the other hand is long, brightly designed, very responsive, fits well into a child’s hand and works with over 300,000 apps. AppCrayon is the perfect companion for a child adjusting with creativity and technology.

It seems gadgets are coming out regularly to help children work effectively with technology. But when care and understanding about the target demographic is properly analyzed effective, useful and appropriate app accessories like the AppCrayon become realized.