Oculus, a developer of virtual reality technology, launched a Kickstarter campaign – that has already been backed to over a million dollars – for its new virtual reality headset: Oculus Rift. The new technology that will change the way gaming is experienced and led by a number of successful video game veterans, are using Kickstarter to speed up the distribution of early development kits to let game developers start building for the platform now.

“All of us at Oculus are excited to bring truly immersive VR to people who love video games like we do,” said Palmer Luckey, Founder of Oculus. “Virtual reality has been the long sought after Holy Grail, which most people only ever dreamed of… until now. The Rift is a true game changer that will help make VR the standard for gameplay in the very near future.”

While traditional 3D gaming experiences produces a field of view of 30 to 40 degrees creating an experience that doesn’t make you feel you’re really there. The Rift allows players to step into game. It produces a stereoscopic 3D experience with a huge field of view—110 degrees diagonally—so you don’t see the screen. It also overcomes the resolution and latency problems that have plagued previous VR headsets, where movement in the game lags behind movement of the head.

“We’ve already gotten great feedback from the press and buy-in from major game developers including id Software, Epic, Unity and Valve,” Luckey said. “We know the gaming community will be as excited as we all are when they get their hands on it.” 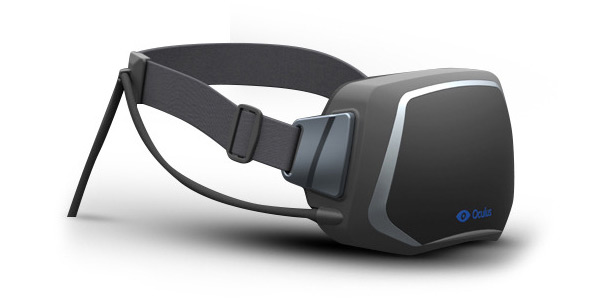 A $300 Kickstarter contribution lands you a Rift VR headset dev kit, access to the software development kit (SDK) and a copy of Doom 3 BFG, which comes integrated with the headset so you can experience why the Rift will be the best new affordable way to experience VR gaming.