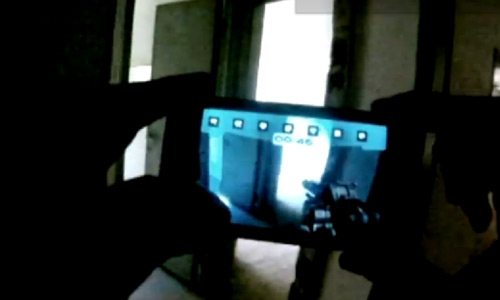 “Uwar, Urban warfare in augmented reality, is a multiplayer first person shooter game in Augmented Reality, for smartphone and tab (Android iOS). The game engine can reconnect up to 8 simple “marker” printed on the t-shirts of the players up to lot of meters can calculate with a server side logic who we’ve been hit by: Enough to create a new amazing way of playing digital games with friends.”

More and more games that use augmented reality within environments should become available in the near future. But, it’s great to see game play that is similar to popular Call of Duty making its way into the real-world right now. Visit the Uwar website if you’re a gamer and sign up for early access.