Hydrophobic Nanotechnology, it’s not something out of Transformers, rather it’s a technology that’s been around for some time but its lifespan in application has been worrisome from a consumer perspective. The Silic T-Shirt, for instance, not only surpassed but totally smashed their goals on Kickstarter as a shirt that repels-water, however only lasted 80 washes. Then there are other startups that have launched promising attire using the same technology to never lose it’s magic. The idea of a stain-repellent clothing item is a promising one to say the least, because no one wants to walk around with a wine spill on a perfect white shirt. 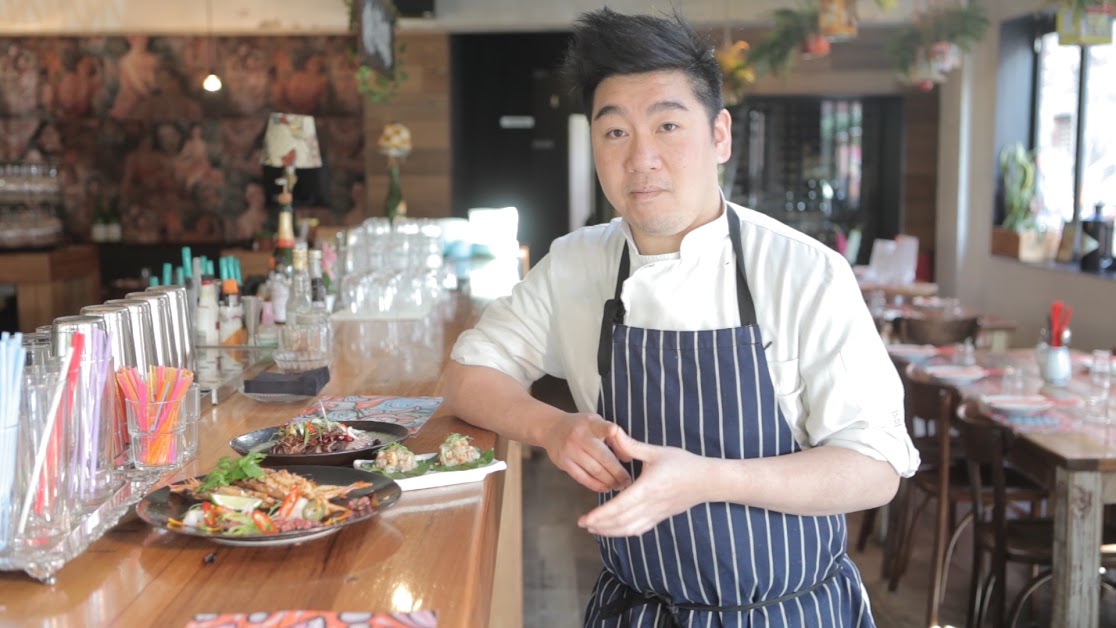 However in both instances the products appealed to the mass market, not a niche one that deals with spills and messes on clothing everyday. Co-founder of Fabricor, Chef Adrian Li, found it entirely impossible to keep his chef jacket white, throughout the course of a cooking day. So he and the Fabricor team have developed a new range of chef jackets and aprons using nanotechnology that makes it water-repellent and stain-proof.

Because the technology behind the new must-have chef apparel whisks away stains, the need to wash reduces drastically not only assuring a professional white jacket for longer periods but also a longer lasting product. The nanotechnology application works by modifying the fabric at a molecular level by permanently attaching hydrophobic ‘whiskers’ to individual fibres which elevate liquids, causing them to bead up and roll off the fabric surface.

Adrian Li, whom also was on MasterChef as a mentor tells us:

“The kitchen can be a messy place to work. As a professional chef we wear our chef jackets everyday and are exposed to all kinds of liquids and stains.

We were tired of spending our free time washing and replacing dirty jackets and couldn’t find anything on the market that solved this problem.”

Their unique design and technology incorporation that is applied during the production of the fabric during the weave instead of as a spray on is launching today with a Kickstarter campaign to begin serving the hospitality industry with their unique stain-proof chef jackets and aprons. The company however plans to serve even more industries in the future such as the medical industry making garbs, uniforms and lab coats next. For $27 or $30 AUD you can grab your Fabricor Hydrophobic Apron in black, whit or striped or for $81 ($90 AUD) a chef jacket.