The scrolling single player gameplay synonymous with Mario has been tried, tested and still beloved. Why? Because it’s simple, easy to understand, fun to play, and sticky beyond comprehension. But after you defeat every game’s “Bowser Level” that feeling of I can make a better game undoubtedly begins to creep up. But how are you going to do it? Learn native programming and hope for the best? That sounds great but what if coding isn’t your thing and design and creative conception is? Then head over to Kickstarter and back the Pixel Press project so it gets off the ground and helps turn design into actual scrolling games for you to share and play. 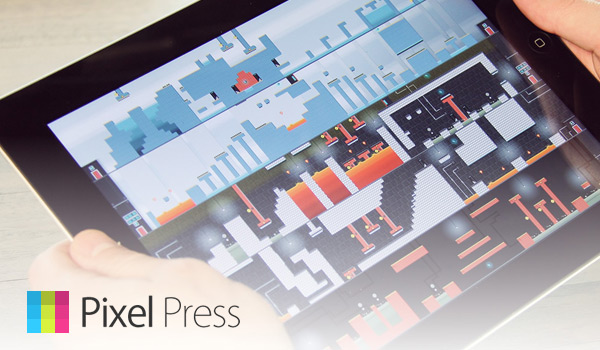 All you need is the app, a pencil or pen, and a good ol’ sheet of paper with your swirling brain of game mechanic ideas. Programming not required it’s already included. That’s the thought behind Pixel Press that makes game design an opportunity instead of a mountain of a task.

It works by first printing out the provided graph-like paper where you can draw out the details of your level design along with a set of instructions. Here you can think of adding obstacles to the grid pattern – pits, moving elevators, lava, etc. with just a pencil. Once the fantasy level is complete you snap a pic using your iPad or iPhone and voila the art is transformed into an app using optical recognition technology. The sketch to level compiler then lets you add color and audio to your creation to bring life to the design and a world for your super hero to over-rule. 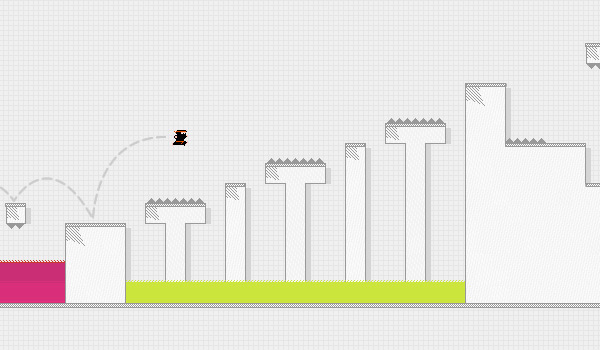 The design to game project is still in prototype phase but you can get into it with a $10 pledge. While the funding goal of $100,000 will help flesh out the development of the app and engine which is going to revolutionize the game development industry. Although the game designs aren’t to the level of Pixar, it’s about building ideas and being creative while allowing adults a bit of nostalgia in the re-creation of a Mario esque-world.