Most developers wouldn’t consider working on a tablet as an efficient method to code for anything. The inefficiencies of selecting text on iOS devices, syntax preview options are limiting and hindrances on keyboard deficiencies can be paramount. 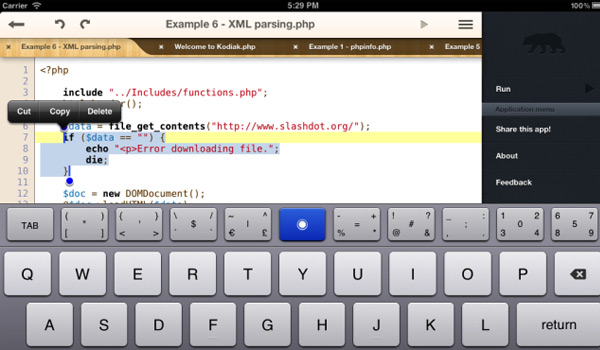 Kodiak PHP is changing all of that with its release of an intergrated development environment PHP coding app. The software development tool is loaded with useful features and the code written within Kodiak can be tested within the app, allowing developers to test their script without having to switch applications or platforms. 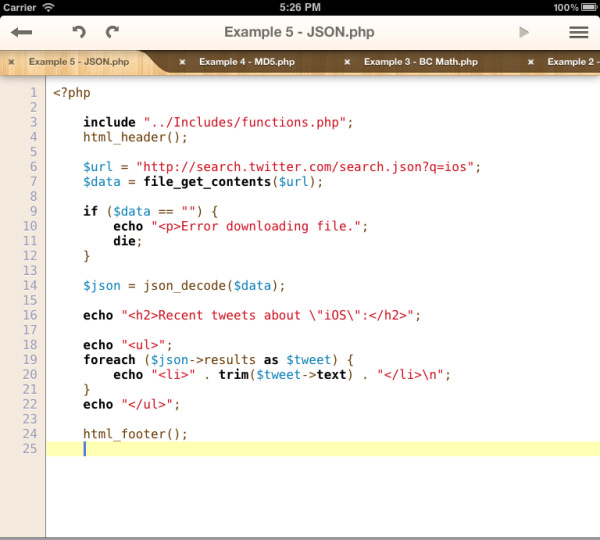 As with traditional development text editors, Kodiak embraces tabbed navigation and syntax highlighting. But it’s the applications double-tap “Navigation Key” that really amazes us and is the tool that we think even Apple should adopt into its framework. Selecting text on an iOS device can, to put it frankly, be a royal pain in the…. Kodiak’s Navigation Key can be double tapped (to acknowledge the need for syntax selection) and users can then slide their finger across text for more accurate selection, instead of fumbling to get the iOS to recognize the type selection need.

Most developers wouldn’t consider coding for anything on an iPad, but Kodiak makes a strong step toward making it a reality. Although, building a full blown application from concept to launch may never be possible, the opportunity to code on an iOS device at any time shows how robust the device really is. And for $9.99 at the app store, Kodiak can be your mobile PHP development tool.